Why is Adopting Innovative Technology so Difficult for the Healthcare System? 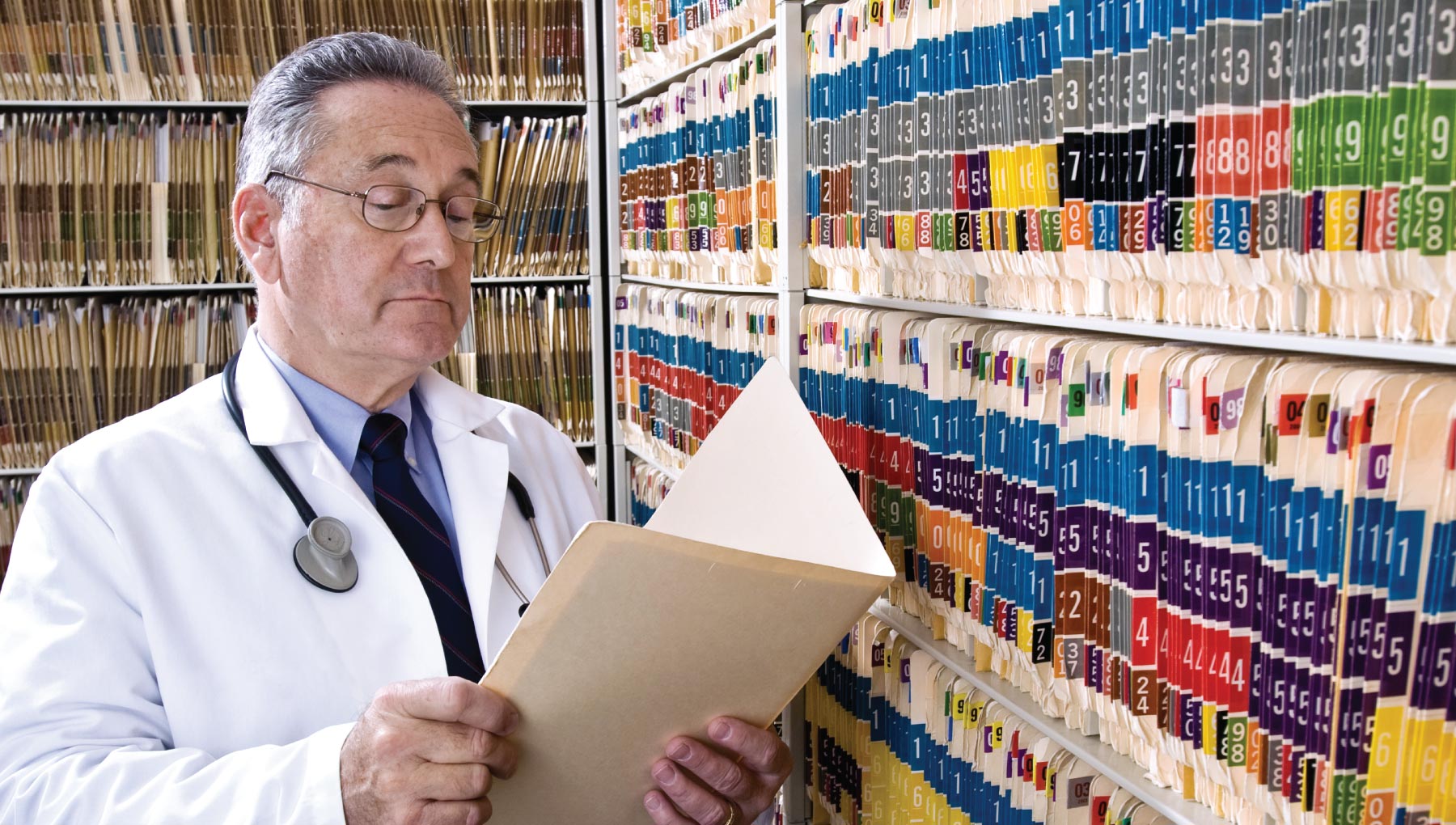 In Canada, despite investments aimed at stimulating technological innovation in healthcare of more than $1.1 billion at the federal level and close to $100 millions at the Quebec provincial level, many hospitals and health organizations are still having difficulty adopting new technologies geared toward optimizing their processes. Management, for example, is still highly paper-dependent, which limits the ability of managers to collect data that could be used to optimize care. What can managers do to stimulate innovation in their healthcare facilities?

We consulted Joanne Castonguay, associate professor at the HEC Montreal Health Center, an economist and consultant in the field of health innovations, to share her expertise on this issue.

First, Why Is It so Important to Adopt Health Innovations?

Ms. Castonguay reminds us that the ultimate goal of an innovation is not simply to introduce something new, instead, it should be to generate more results per dollar spent or effort invested. Innovation thus becomes a great opportunity to slow restrain the growth of public health expenditures and to offer better quality care, without increasing the resources allocated to healthcare. From this perspective, our health system needs innovation more than ever.

According to a study by the Interuniversity Center for Research in Analysis of Organizations (CIRANO) led by Pierre-Carl Michaud, professor in the Department of Applied Economics at HEC Montreal; it is estimated that public spending on health will increase by $ 30 billion between 2013 and 2030 in Quebec (if the average annual growth rate observed between 2004 and 2010 is maintained). Under this scenario, the health budget would represent nearly 70% of the total budget of the province. 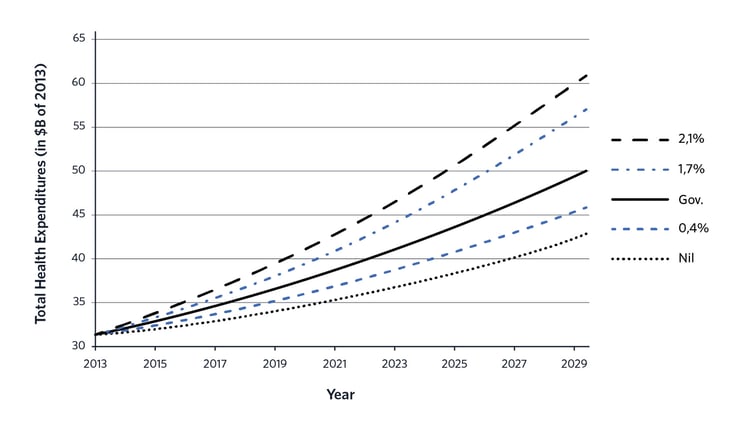 Although this forecast is based solely on data from Quebec, the situation would be similar in the other provinces of Canada, because the main factors for increasing expenditures (the aging of the population and increased structural costs) apply similarly to all provinces

« With the current economic and aging context, we have no choice but to improve our performance through innovation to ensure the sustainability of our healthcare system. »

What Are the Obstacles Facing Health Managers Who Want to Innovate?

There are a lot of barriers to innovation, states Castonguay. Among the three most important ones are: the difficulty of measuring the results of how an innovation will impact patients, the mechanisms available for financing the health sector and the lack of supervision surrounding the adoption phase.

1. The difficulty of measuring the impact of an innovation for patients
Healthcare institutions and technology providers often face the same impasse: they need to justify how the technological innovation they want to implement will have a tangible result on patients' health, in comparison to the cost. But in many cases, the data that would be needed to make this determination does not exist.

« Patient cost and outcome data are rarely available, and when they are, they are not standardized or collected by an entirely digital system. This means that the data is not comparable between different health facilities and that it is difficult to consult.»

Currently, even if managers are implementing processes to improve the patient experience, the measured items are mostly an accounting of the health services provided, such as the number of medical procedures performed by a department. As long as managers have difficultly measuring the results of their improvements, they will have difficulty backing the idea that they should support technological innovations which can improve these results and the overall effectiveness of their healthcare facility.

« In Canada, as in most countries, funding mechanisms do not encourage the adoption of technological innovations. Hospitals and physicians are not accountable for the value of their interventions. »

In most cases, budgets are allocated to hospitals based on the previous year's expenditures and not on patient outcomes. Structurally speaking, there is almost no incentive to adopt a technological innovation that would improve patient outcomes, or reduce costs per intervention, posits Castonguay.

For example, several innovations have the effect of increasing current health expenditures while the benefits will only be felt in 5, 10 or even 15 years, as is the case for several new rehab therapies. Hospitals whose mission is to provide healthcare to anyone who comes through their doors while still maintaining control over their budget are encouraged to meet these acute needs at the lowest possible cost without considerations for the future. Budget funding does not favor investment in technological innovations, which are more expensive in the short term, but which would generate better long-term results.

« Initiatives to encourage and fund technological innovations in health are very much focused on novelty and perhaps not enough on adoption. Indeed, the success of these initiatives is often measured in terms of patents, publications and citations and not in terms of actual effective adaptations and concrete results. » 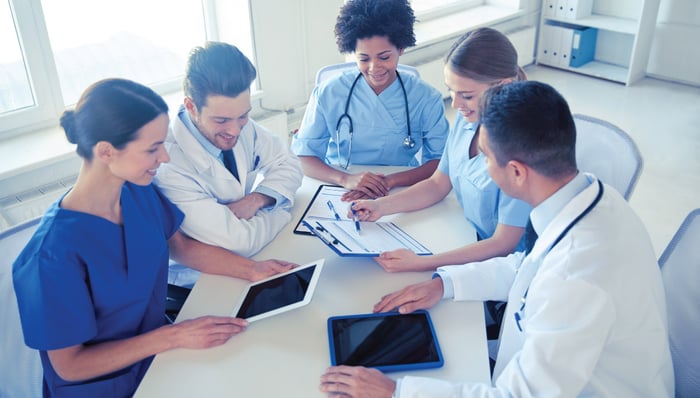 How Can Managers Facilitate the Adoption of Technological Innovation in Healthcare?

"Let’s start by motivating the players of the healthcare system to welcome innovation as good news," suggests Castonguay. After several years of structural reforms, there is some fatigue regarding the notion of change. However, she proposes that "Many health managers can make a difference by adopting innovations that have already proven themselves elsewhere".

According to Ms. Castonguay, to maximize the chances of a technological innovation being adopted, managers are better off focusing on what they can do : supporting the adoption phase. This can be done through training, providing resources to support the transformation or involving affected employees in the planning of the adoption process.

An economist specializing in health and innovation, Joanne Castonguay is an associate professor at the HEC Montreal Health Center. She has over 20 years of experience in developing, leading, and conducting research projects in public policy, particularly in the health sector.

How to Prevent Gaps in On-Call Coverage?

When a patient is admitted to the intensive care unit during the night, hospital staff must reach an on-call...

4 Ways to Optimize the Coordination of On-Call Physicians

Designed in collaboration with doctors and health managers, Petal On-Call is a Web-based solution developed by...